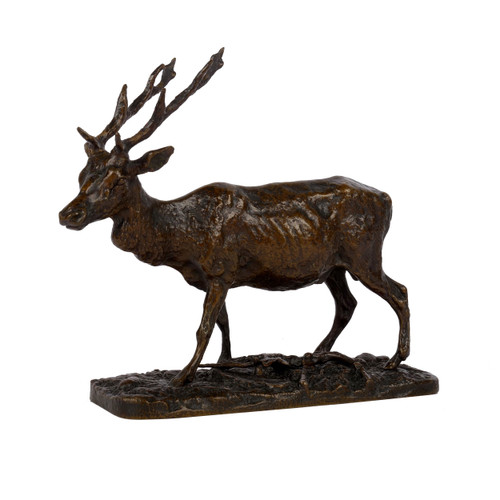 A rare and exquisite mid-19th century sand-cast model of a stag deer executed in Pierre-Jules Mêne's own atelier, it is a silky and finely detailed model with a reddish-brown oxide surface patina preserved under wax. The steady yet delicate movements of the animal are captured beautifully in this small bronze. He walks through a naturalistic base with strewn foliage and a crisp signature "P.J. MENE". The base styling and joinery gives some indication of the early casting date.