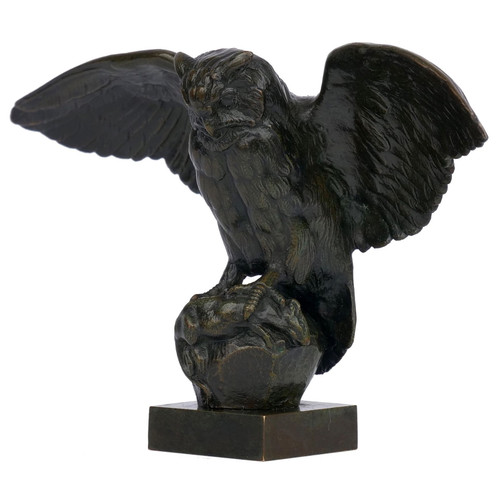 Conceived in 1870, the model of a Hibou Owl was cast originally in Barye's Atelier as "No. 199" and offered for sale for 20 francs until his death in 1875, at which point the rights to reproduce the model were acquired by Barbedienne. It was offered in their 1877 catalogue for 30 francs through the end of the century, at which point Leblanc-Barbedienne continued to cast the model through the 1920s.

The present model is a relatively early cast circa 1880. A richly detailed model that retains almost all surface texture from the mold with minimal need for chiseled finishing, the bronze finished in a complex artisan patination with reddish brown hues under black and dark brown with hints of green.